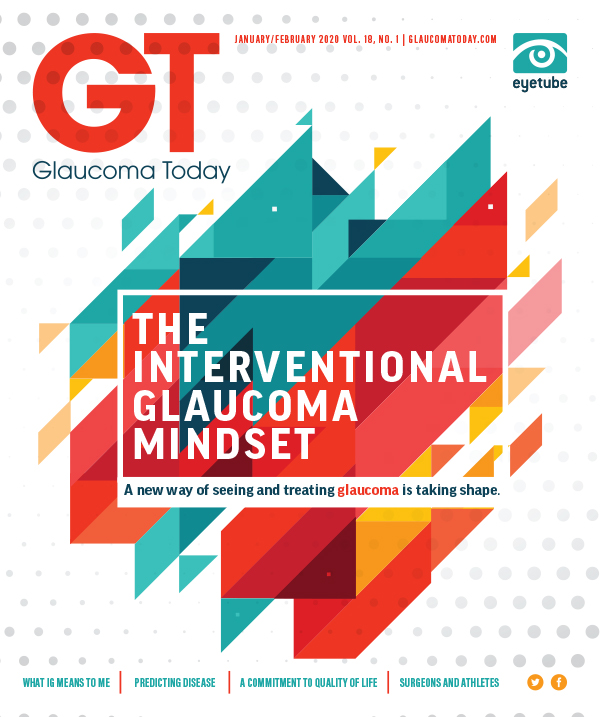 For this retrospective cohort study, investigators identified clinical risk factors for the development of neovascular glaucoma (NVG) after central retinal vein occlusion (CRVO). They reviewed the charts of 646 patients with CRVO who presented to the Bascom Palmer Eye Institute between 2013 and 2017. Ninety-eight of these patients met the study’s inclusion criteria: CRVO onset within 90 days of presentation, no anterior segment neovascularization on presentation, and no history of receiving an intravitreal anti-VEGF injection. Thirteen of the 98 patients (13%) developed NVG during an average follow-up duration of 17 months (range, 0.4–66.6 months). The mean time to NVG onset was 421 days after initial presentation and 212 days after the last intravitreal anti-VEGF injection.

A retrospective cohort study found that a history of systemic hypertension, worse visual acuity, and the presence of a relative afferent pupillary defect at presentation were risk factors for developing neovascular glaucoma (NVG) after central retinal vein occlusion (CRVO) and that intravitreal anti-VEGF injections delayed but did not prevent the onset of NVG.

NVG is a rare but potentially visually devastating complication of CRVO. To date, physicians’ ability to predict which patients will develop NVG after CRVO is limited. These investigators examined demographic data, systemic health data, and ophthalmologic examination findings to identify potential risks factors that may signal which patients are at increased risk of developing NVG. These patients may then be monitored more closely and for longer durations to allow prompt identification and treatment of neovascularization and thus prevent vision loss from glaucoma.

Patients who had a history of systemic hypertension (P = .026), a worse visual acuity on initial presentation (P = .034), or a relative afferent pupillary defect (RAPD, P = .002) were found to be at high risk of developing NVG. Age at presentation, sex, body mass index, systolic or diastolic blood pressure at the initial visit, a history of diabetes, degree of diabetic retinopathy, and IOP at presentation did not differ significantly between patients who developed NVG and those who did not. An anti-VEGF injection at the first visit did not reduce the risk of developing NVG, but it did delay the onset of NVG. Neither the presence of macular edema nor central retinal thickness at presentation was associated with an increased risk of NVG, which suggests that macular edema and NVG are independent sequelae of CRVO.

What was the relationship between intravitreal anti-VEGF injection and a patient’s risk of developing NVG?

Commonly referred to as 100-day glaucoma, the conversion to NVG after CRVO has been thought to occur within the first 3 months after CRVO onset. This impression is based on CRVO natural history studies conducted before the era of anti-VEGF therapy. Rong and colleagues found the time to NVG onset to be significantly longer than the commonly accepted 100 days, and they found no significant difference in the rate of NVG between patients who received anti-VEGF therapy and those who did not. The researchers concluded that anti-VEGF therapy may reset the clock, so to speak, and delay NVG onset but that therapy does not decrease a patient’s risk of developing NVG. Their findings suggest that eye care providers should observe CRVO patients receiving anti-VEGF injections closely for neovascularization beyond the traditional 90 days.

What is the relationship between macular edema and the risk of developing NVG?

Rong and colleagues did not find an association between macular edema or central retinal thickness and the risk of developing NVG. Furthermore, although anti-VEGF therapy has been shown to be effective for treating CRVO–related macular edema, this form of therapy did not decrease patients’ risk of developing NVG in this study. Macular edema and NVG therefore may be independent sequelae of CRVO, as noted earlier. The researchers cautioned against mistakenly associating improved macular edema with decreased NVG risk because the assumption could give physicians a false sense of security about extending the duration between follow-up visits after CRVO.

How can the findings from this study affect the clinical management of patients with CRVO?

Clinical features associated with an increased risk of NVG included a history of hypertension and worse visual acuity or RAPD on presentation. There was an increased risk of NVG for every 0.5-logMAR decrease in visual acuity at presentation. Furthermore, of the 25 eyes with an initial visual acuity of 20/50 or better, only one (4%) developed NVG. The investigators recommended monitoring patients who present with these clinical signs at closer intervals and informing them of their increased risk of neovascularization so as to facilitate timely treatment and referral for subspecialty care. Patients with CRVO who later develop an RAPD or who experience a sudden decrease in vision should alert their providers; these changes may signal conversion from nonischemic to ischemic CRVO and a higher risk of NVG.

For this retrospective case-controlled study, investigators developed and compared the ability of machine learning models to analyze systemic data in electronic health records (EHRs) and predict the need for glaucoma surgery among patients with primary open-angle glaucoma (POAG). The researchers reviewed the charts of 385 patients treated at the University of California, San Diego, between September 2013 and September 2018 for whom an EHR had captured at least 6 months of longitudinal systemic data. Of the 385 patients, 174 underwent glaucoma surgery (including incisional surgery, minimally invasive surgery, or a laser procedure) within 6 months of presentation, and 211 patients did not.

In this case-controlled study, several machine learning models were used to analyze data contained in the electronic health records (EHRs) of patients with primary open-angle glaucoma. The investigators found that higher mean systolic blood pressure was associated with increased odds of needing glaucoma surgery, whereas the use of ophthalmic medications and several systemic medications was associated with decreased odds of needing glaucoma surgery.

Machine learning allows efficient analysis of the growing quantities of clinical data made readily accessible through increasing adoption of EHRs. This study leveraged the large quantity of systemic data available in EHRs to better define the relationship between systemic health conditions and primary open-angle glaucoma and to offer some predictive value in classifying patients at risk of disease progression (indicated by need for glaucoma surgery within 6 months) even in the absence of eye-specific endpoints.

Each model was evaluated for area under the curve (AUC), sensitivity, specificity, accuracy, and the Youden index. Although the three models for machine learning demonstrated comparable predictive performance overall, multivariable logistic regression had the highest mean AUC, and random forests demonstrated the best specificity.

How did the investigators evaluate and compare the performance of each predictive model?

In order to evaluate the ability of each model to identify predictors of eventual need for glaucoma surgery, the investigators used a leave-one-out cross-validation approach. In short, a single test patient was removed from analysis, and the model was trained on the remaining 384 patients. The model was then applied to the test patient to collect the prediction score for that specific patient. This was repeated 385 times for each of the 385 patients, and the data were aggregated. Using this method, five evaluation metrics of predictive performance were evaluated for each model, including AUC, sensitivity, specificity, accuracy, and the Youden index.

What is the relationship between systemic blood pressure and glaucomatous progression and eventual need for glaucoma surgery?