Laser procedures that are ordinarily safe can sometimes have unexpected outcomes.

Laser, an acronym for light amplification by stimulated emission of radiation, has been available for ophthalmic use for almost 5 decades. Over the years, many different laser platforms have been introduced to treat a wide spectrum of eye diseases. Although laser surgery is considered relatively safe, efficacious, and cost-effective, several side effects have been reported in literature. Of these, a transient or sustained IOP elevation is of particular concern and significance in glaucoma patients. In this article, Drs. Cao and Dersu focus on laser capsulotomy, iridotomy, and trabeculoplasty, and they discuss the incidence and risk factors for IOP elevation after laser treatment and strategies to minimize and control pressure spikes. 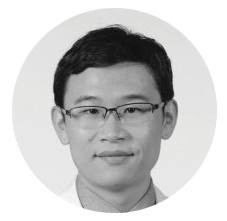 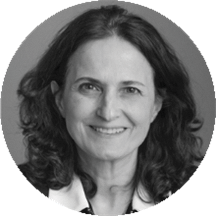 In modern ophthalmology, laser use is widespread and generally regarded as a safe intervention. For anterior segment surgeons, laser trabeculoplasty, iridotomy, and capsulotomy are common procedures. Although complications such as hyphema, persistent inflammation, and even retinal detachment have been reported after these procedures, the most common complication is an increase in IOP.1

• Although laser use is generally regarded as safe, one of the most common complications is an increase in IOP.
• Most IOP elevations after laser use are transient and respond to medical therapy, but there are scenarios in which surgical intervention is required.

However, in rare circumstances, IOP elevation can be quite high, requiring additional intervention. In one reported case,4 IOP increased to 60 mm Hg by 24 hours after Nd:YAG capsulotomy, despite the use of apraclonidine before and after treatment and a normal IOP reading 2 hours after the procedure.

Reducing total laser energy levels, usually to less than 80 mJ, has been associated with a lower risk of IOP rise.5 Excessive pigment release, vitreous prolapse into the anterior chamber, pupillary block by vitreous or IOL dislocation, myopia, and preexisting glaucoma are known risk factors for IOP elevation. In one retrospective study of glaucoma patients who underwent laser capsulotomy, half of the patients needed additional antiglaucoma medications or surgery by 3 years after capsulotomy, although the study authors acknowledged that they did not know whether capsulotomy led to disease progression.6

In general, it is advisable to keep a close eye on patients with glaucoma after Nd:YAG capsulotomy.

In a large prospective study, 734 Chinese patients with suspected primary angle closure underwent Nd:YAG laser iridotomy in one eye while the fellow eye was used as control. IOP elevation greater than 8 mm Hg by 1 hour postoperatively was reported in 10% of treated eyes, and less than 1% of eyes had an IOP elevation greater than 8 mm Hg at 2 weeks after the procedure.8 Only four eyes developed an IOP greater than 30 mm Hg, requiring medical therapy. The risk factors identified for IOP elevation 1 hour after laser treatment were greater number of laser pulses, greater amount of laser energy used, and shallower central anterior chamber depth. In this study, all patients had received preoperative brimonidine 0.15% and pilocarpine 2%.

It is important to note that it can be difficult to differentiate between disease progression, IOP fluctuation, and persistent IOP elevation after iridotomy. Patients should be informed that additional medication and/or surgery may be needed after laser treatment.

SLT. The SLT pilot study reported a postoperative rise in IOP of 5 mm Hg after 25% of procedures (13/53 eyes) and of 8 mm Hg after 9% of procedures (5/53 eyes).11 Of note, ocular hypotensive medications were not used in the study in order to allow evaluation of the unmodified effect of the laser on IOP. Only 180° of trabecular meshwork was treated, and all IOP elevations were observed within 2 hours and resolved within 24 hours.

In a retrospective case series of 81 patients who underwent a total of 110 SLT procedures (a mixture of 180° and 360° treatments) performed by a resident ophthalmologist, a transient IOP rise of at least 6 mm Hg was seen after 7% of procedures. The highest IOP rise after treatment was 11 mm Hg.12

Prevention. A review of the literature suggests that perioperative medication is superior to placebo in preventing IOP elevation during the first 2 hours and up to 24 hours after laser trabeculoplasty. A 2017 Cochrane review of 22 trials (one using SLT and 21 using ALT) including 2,112 patients found that the risk of IOP elevation of more than 10 mm Hg within 2 hours after laser trabeculoplasty was decreased from 20% without medication to 1% with perioperative medication use.14 The same review found insufficient evidence to conclude that any one glaucoma medication or class of medication was superior in efficacy for preventing IOP elevation.14

Caution should be exercised in heavily pigmented eyes and eyes with a history of laser treatment. It is also advisable to use lower energy and fewer applications or to treat 90° to 180° of the angle to prevent refractory IOP elevation after SLT.

Laser procedures that are normally deemed safe can have unexpected outcomes, albeit rarely with vision-threatening consequences. In many cases, adverse effects can be treated successfully with further intervention.

Paradox of Choice, Wealth of Option