The Fundamentals of GATT

Tips and tricks for performing this cost-effective glaucoma surgery.

For glaucoma surgeons, the availability of microinvasive glaucoma surgery (MIGS) techniques has changed our approach to the management of glaucoma. Previously, we prescribed patients maximum tolerated medical therapy and followed them for years. However, the cost and ocular toxicity of eye drops are negative aspects of this approach. Further, the vast majority of glaucoma patients adhere poorly to their medication regimens, increasing the risk of disease progression.

In recent years, MIGS procedures have gained popularity as safe and effective treatment options. Further, the availability of these solutions encourages glaucoma surgeons to intervene with surgery earlier in the disease course, instead of relying solely on long-term medication use and its associated challenges. 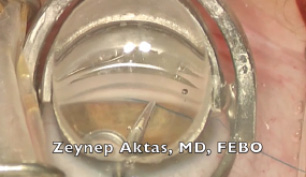 As described by Grover et al,1-3 GATT is a minimally invasive surgical technique in which the TM is circumferentially bypassed via a suture or catheter. This technique allows aqueous humor to be shunted into the collector channels and out through the episcleral veins via the cleaved-open diseased TM. This article discusses tips and tricks for GATT surgery.

In performing GATT, the first step is to visualize and clearly distinguish the angle anatomy. To do this, the surgeon must use the surgical gonioprism appropriately, with both the surgical microscope and the patient's head tilted. Tilting might not be necessary with some surgical gonioscopic lenses, but, in many instances, these are essential steps that require some practice.

Before glaucoma surgeons start performing gonioscopic surgery, I recommend that they first use cataract surgery as an opportunity to practice tilting the patient's head and the operating microscope and viewing the angle structures with a gonioscopic lens. At the end of the cataract procedure, the surgeon can practice inserting a blunt instrument such as a cannula toward the angle while holding the gonioprism over the cornea. This practice scenario can help the surgeon learn how to coordinate his or her hands without distorting the surgical view.

With the patient positioned and draped, I make a superotemporal paracentesis using a 23-gauge microvitreoretinal (MVR) blade. Next, I fill the anterior chamber with an OVD and then create a 1- to 2-mm goniotomy incision with the same blade. A 6-0 polypropylene suture with a blunted tip is then introduced into the anterior chamber and into the Schlemm canal.

The suture is advanced circumferentially in the canal using MVR forceps. I then grab the distal blunted end of the suture and pull the proximal part with another pair of forceps (Figure 1). At the end, 25% of the OVD material is left in the anterior chamber to tamponade the blood reflux from the episcleral veins. 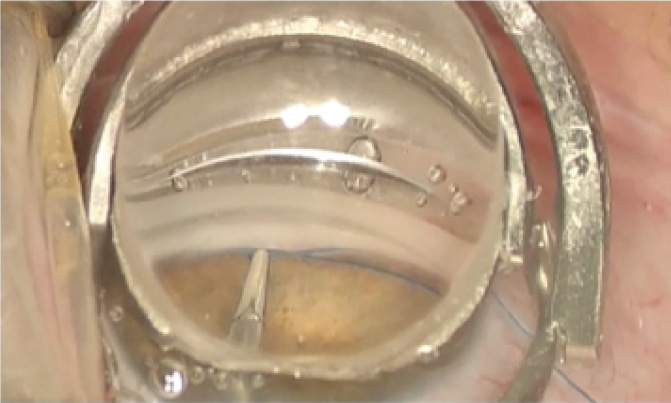 Figure 1. The distal end of the suture is held with forceps in the anterior chamber.

Short-term use of steroids and antibiotics is necessary after GATT. IOP spikes can occur in the early postoperative period secondary to OVD use, and later secondary to topical steroid use. In these instances, the steroid should be switched to an NSAID. Pilocarpine may also be given for 4 to 6 weeks in patients with high postoperative IOP. Hyphema, another common postoperative complication, usually resolves spontaneously.

Adults and children with open or visible angles (primary congenital glaucoma, juvenile glaucoma, primary and secondary open-angle glaucoma) are ideal candidates for GATT. I perform this surgery mostly in patients with mild to moderate glaucoma, but I also use it in advanced cases, as GATT is a circumferential angle surgery. 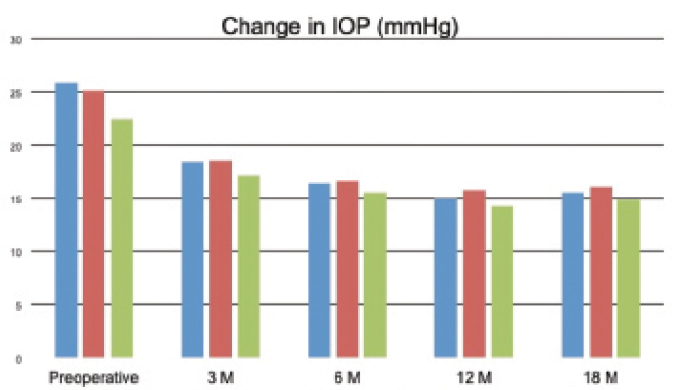 Through my experience with GATT, I have acquired some surgical tips and tricks:

GATT is a safe and effective procedure because it bypasses the TM circumferentially. Distal channel resistance limits the outflow to some extent, but this resistance also significantly reduces the risk of hypotony. Because it can be performed with a polypropylene suture, GATT provides surgeons with a cost-effective option for MIGS.

Highlights of the 2019 AGS Annual Meeting