A 30-year partnership has created a comprehensive eye care service, but can it be sustained?

In 1988, Joseph H. Bowlds, MD, then Chief of Ophthalmology at the Lahey Clinic in Massachusetts, received a phone call from a stranger. He was asked, “How would you like to give up 1 week of vacation and income and pay your own way to a country embroiled in a civil war to help build an eye care program?” On the other end of the line was Robert Zeller, MD, an obstetrician from Boston's South Shore area.

As a former flight surgeon for the US Navy, Dr. Bowlds was undaunted by the element of personal risk and asked for more information. Dr. Zeller explained that he worked with the Salvadoran Association for Rural Health (ASAPROSAR), a nongovernmental organization devoted to improving the health of the poor in rural El Salvador. Dr. Bowlds was intrigued. Several months later, he was on his way to Central America.

ASAPROSAR evolved from the work of a general practitioner, Vicki Guzman, MD. In the late 1970s, she began treating the rural poor in her home country of El Salvador. In 1980, the outbreak of a civil war between the government's forces and the Farabundo Marti Liberation Front severely disrupted the country's already limited access to health care. No medical services were available outside of major cities. Physicians, nurses, and patients were afraid to travel due to the risk of violence. Nevertheless, Dr. Guzman continued her work and often traveled on horseback through areas of conflict.

Dr. Guzman's organization expanded in scope when she trained local lay people as rural health promoters to provide immunizations and prenatal nutrition. Eventually, her efforts attracted the attention and support of Americans from the Boston area, who founded the Friends of ASAPROSAR (FoA). During her medical missions, Dr. Guzman observed a high prevalence of eye disease among her patients, and she asked the FoA to help her develop an outreach project to provide eye care and corrective eyeglasses for poor rural patients. Dr. Zeller started making calls, and ASAPROSAR's first eye campaign was launched in 1989.

With the help of safe-conduct papers issued by both warring factions and bright yellow shirts to identify them as ASAPROSAR members, volunteers headed to villages, where they performed basic ophthalmic examinations and dispensed eyeglasses. At night, the team fell asleep to the sound of gunfire and explosions. At the time, they were the only nonmilitary Americans outside the capital city.

Although Salvadorans' access to medical care improved after the civil war ended in 1992, ASAPROSAR continued to be a major provider of ophthalmic and optometric services for the poor in large areas of the country. In 1992, the organization's volunteers began performing eye surgery at the local public hospital. Later, with financial backing from FoA, Dr. Guzman was able to construct an OR and clinical examination facility for ophthalmology on the grounds of her clinic in Santa Ana.

The facility has since expanded to include three ORs outfitted with operating microscopes and dedicated rooms for phacoemulsification, small-incision cataract surgery, and cases requiring general anesthesia such as strabismus surgery and pediatric cataract surgery. The ORs are used year-round by local ophthalmologists who are employed by ASAPROSAR as part-time consultants.

One of us (SS) is a glaucoma specialist who has worked with ASAPROSAR and FoA for almost 20 years. His participation, along with that of his Salvadoran colleagues, has been essential in creating continuity of care for the many Salvadorans who depend on ASAPROSAR for their visual health needs (Figures 1 and 2). The Salvadoran doctors conduct general and subspecialty clinics throughout the year in three exam rooms, which expand to nine lanes when the annual North American eye campaign takes place in January. Collaboration with local physicians ensures that postoperative care is performed and that regular monitoring is provided to patients with glaucoma, diabetic retinopathy, and other chronic conditions. 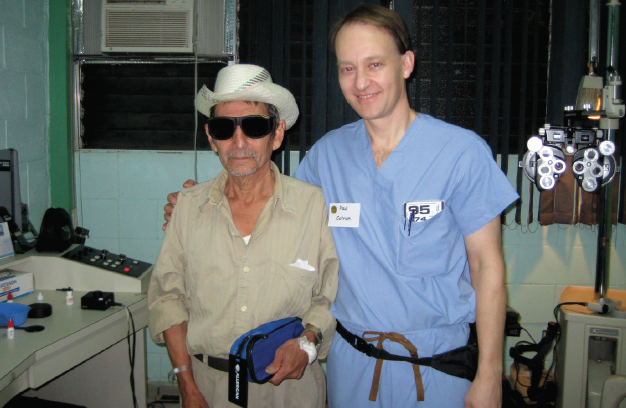 Figure 2. Many Salvadoran patients depend on ASAPROSAR for their visual health needs.

The year-round eye health program of ASAPROSAR is the most important component of this 30-year partnership, but the North American visiting mission provides an opportunity to deliver 1 week of high-quality, comprehensive surgical and clinical care to a large number of Salvadorans. The FoA team includes around 60 volunteer ophthalmologists, anesthesiologists, optometrists, nurses, and technicians as well as others who serve as translators, eyeglass dispensers, and administrators. For the week of the campaign, ASAPROSAR's staff works with the visiting group in a collaboration that, although not flawless, has been continually improving with a shared objective of helping as many people as possible. Sensitivity to and appreciation of cultural and social differences are essential to the success of the partnership.

ASAPROSAR's health promoters screen potential surgical patients before the North American volunteers arrive. These individuals are reexamined by the visiting physicians and scheduled for surgery if they are deemed appropriate candidates. During the surgical portion of the campaign, volunteer surgeons complete around 150 cases, primarily cataract extractions, about half by manual small-incision surgery and half by phacoemulsification. Other procedures performed include penetrating keratoplasty, pediatric cataract surgery, strabismus correction, and pterygium removal with autografting.

Glaucoma surgeries are occasionally performed, but the bulk of glaucoma management is medical, with each patient given a 1-year supply of medication to reduce the risk of discontinuation of therapy. Laser iridotomy is frequently recommended, as the prevalence of hyperopia and narrow angles is high.

The annual ASAPROSAR campaign is unlike many ophthalmic missions in that a high volume of clinical examinations, refractions, and eyeglass dispensing occurs while the ORs are in full swing (Figure 3). Physicians rotate from the OR to the clinical lanes where they assist optometrists and technicians.

Figure 3. During the annual ASAPROSAR campaign, a high volume of clinical examinations, refractions, and eyeglass dispensing occurs while the ORs are in full swing. Pictured here (left), glaucoma specialist James Umlas, MD, examines a patient at the slit lamp.

In 2005, ASAPROSAR opened a second clinical site in San Miguel. Between the two locations, volunteers examine approximately 400 to 500 patients and dispense more than 250 pairs of glasses per day.

A major part of ASAPROSAR's medical mission is to dispense spectacles, and new readers can commonly be obtained by patients at low or no cost. For distance and multifocal needs, a database of nearly 10,000 donated eyeglasses is searched to identify the five pairs of spectacles that most closely match the patient's prescription. If the patient has an unusual refractive error and a good match cannot be found in the dispensary, glasses are manufactured on site in a laboratory inaugurated in 2018.

The partnership among Dr. Guzman, ASAPROSR, Dr. Bowlds, and FoA has been successful for decades. Challenges and unmet needs still remain as the two nonprofits evolve and respond to changing conditions. Each organization recently completed a 5-year strategic planning process. FoA's primary focus is its visual health program, but ASAPROSAR is also deeply involved in other activities such as maternal health, microcredit lending, and programs for at-risk youth, all of which require resources. As previously described in Glaucoma Today by Nolan et al,1 the sustainability of medical missions is crucial for all involved. As the partnership for El Salvador enters its fourth decade, two questions are especially compelling.

No. 1: Is the partnership durable? Mission volunteers and local staff still wear bright yellow shirts for safety, although the local concerns have changed from civil war to gang violence. Thirty consecutive years of collaboration is evidence of persistence, but it does not guarantee long-term success. Luckily, the organization has a loyal core of returning participants and a regular influx of new volunteers, and it recently hired its first paid employee.

Although ASAPROSAR is a nonprofit, their employees are not volunteers. Income for ASAPROSAR is derived from grant support, charitable donations, and funds from clinical and other program activities, all of which are variable and often inadequate. Some fundraising is shared between ASAPROSAR and FoA, but a collaboration of this type requires both organizations—the visitors and the hosts—to be financially viable on their own. Differences in resources can create friction in a relationship. With greater opportunities for private fundraising, FoA is positioned to assist its partners in Santa Ana and San Miguel by increasing the resources available to them.

Another challenge for both organizations relates to generational change. Thirty years has seen Dr. Guzman and her original Boston-area supporters reluctantly age out of active engagement. In turn, both the Salvadoran and the American organizations have new leaders and new ideas for future directions. Issues such as coordination of clinical responsibilities, screening of surgical candidates, and response to continually changing government regulations concerning importation of donated equipment, supplies, and medications require a high level of mutual trust and transparency.

No. 2: Should a model that depends on external support be sustained? In an ideal world, programs such as this would not be necessary, as national eye care programs would provide access to affordable quality care. Over 3 decades, there have been areas of improvement in Salvadoran governmental health services, particularly in pediatrics; however, many advances in technology and surgery are available primarily to private-sector ophthalmologists and their wealthier patients. The cost of a cataract operation in a private setting in El Salvador is between $600 and $1,200 and, thus, is not affordable for the 25% of adults who earn less than $833 per month.2 Low-cost public options are few and involve long waits and possibly less-than-optimal quality of care.

ASAPROSAR does not have a financial model that allows it to offer free care to all. The organization uses a sliding scale of fees adjusted for family income, and the care provided is much less expensive than other options of equal quality. The annual North American mission funded by FoA remains an important way to provide care for the very poor, particularly for surgical services. It does not seem likely that need will diminish in the near future, although a new government in El Salvador is promising to increase spending on health programs, including eye care.

The partnership between ASAPROSAR and FoA has been strong for decades. Together, the two entities have been able to successfully provide comprehensive eye care to an underserved population through their year-round program and the annual North American visiting mission. However, there are questions of whether the partnership can be sustained in the future. The need for affordable high-quality care in El Salvador is unlikely to lessen in the coming years, and the two nonprofits expect to remain important resources for the region's poor. As the local concerns evolve, ASAPROSAR and FoA will continue to adapt to meet the changing needs.

FOR MORE INFORMATION ABOUT THE FRIENDS OF ASAPROSAR (FOA), VISIT WWW.FRIENDSOFASAPROSAR.ORG

An Introduction to IG

Glaucoma in the Age of Patient-Reported Outcomes

A Systems-Based Approach to Patient-Centered Care