Tools for expanding glaucoma diagnosis and management beyond the office.

The COVID-19 pandemic changed the delivery of health care in the United States and moved telemedicine to the forefront. Although of limited value in some medical specialties and compounded with issues of access, regulations, privacy, licensing and payment parity, telehealth or virtual services have provided much necessary communication, screening, and reassurance to patients during the past few months while minimizing exposure and infection risk, preserving personal protective equipment, and minimizing patient surges in hospitals. A member pulse survey conducted in July by the American Academy of Ophthalmology showed that, although telemedicine usage is now decreasing as patient volume is increasing in clinics and ORs, 40% of respondents are considering incorporating telemedicine into their practices for the long term. As we continue to screen, evaluate, and care for glaucoma patients using digital platforms, Kateki Vinod, MD, reviews existing and evolving technologies that have the potential to optimize glaucoma diagnosis and management beyond the office.

Teleophthalmology has emerged as a useful tool during the COVID-19 pandemic to provide remote eye care to patients at home. Virtual visits may include history taking and a limited anterior segment examination, whereas other components of the standard glaucoma evaluation—such as IOP measurement and perimetry—may be more challenging to incorporate. This article reviews existing and evolving technologies for home-based glaucoma monitoring.

Home-based tonometry holds promise for uncovering IOP spikes and fluctuations that might otherwise be missed during office visits. The Icare Home (Icare) is an FDA-approved portable rebound tonometer that is designed for use by patients at home. The Icare Home does not require the use of a topical anesthetic, and it masks the patient to the IOP readings, which can later be downloaded and reviewed by the ophthalmologist. In a study of 130 patients with a diagnosis of glaucoma or glaucoma suspect, Takagi and colleagues1 found good agreement between IOP measurements obtained by patients and ophthalmologists using the Icare Home. Of note, the Icare Home overestimated IOP when compared with Goldmann applanation tonometry, and the degree of overestimation was greater with increasing central corneal thickness.1

The Icare Home has been used successfully to monitor both pediatric and adult patients at home, including in the postoperative period. In one study of seven children with measurements taken by parents, the device identified reductions in mean IOP and mean daily IOP fluctuations after interventions to enhance aqueous outflow, and it demonstrated a greater than 90% likelihood of detecting an IOP spike over a 2-week period.2 In a series of 19 children who underwent placement of Baerveldt glaucoma implants (Johnson & Johnson Vision), the Icare Home tonometer detected 12 of 13 (92.3%) spontaneous tube openings.3 The Icare Home has also been used to provide home monitoring of IOP after selective laser trabeculoplasty in adult patients, with no reported safety issues.4 However, studies have found varying degrees of feasibility, as the device may be too cumbersome for some patients to use.5,6 An additional limitation is its cost.

The FDA-approved Triggerfish contact lens sensor (Sensimed) provides 24-hour noninvasive monitoring of circumferential changes at the corneoscleral junction, measured in millivolt equivalents, as a surrogate for IOP. Data are wirelessly transmitted to a portable unit worn on the patient’s waist. Mansouri and colleagues7 found fair to good reproducibility in a study of 40 patients with a diagnosis of glaucoma or glaucoma suspect who wore the contact lens sensor during two separate 24-hour sessions. Adverse events included transient conjunctival hyperemia and blurred vision, with most patients reporting acceptable tolerability.7 One study using the contact lens sensor reported larger fluctuations in ocular dimensions over a 24-hour period in patients with normal-tension glaucoma versus controls.8 Further research is needed to better elucidate the relationship between millivolt equivalents and IOP.

Several portable alternatives to standard automated perimetry have been developed for glaucoma screening in rural and underserved populations. Some of these technologies may be amenable to use at home. Melbourne Rapid Fields (MRF; formerly known as Visual Fields Easy; Glance Optical) is a free tablet-based application that tests up to 30° of visual field (VF) horizontally and 24° vertically. MRF has shown good correlation to Humphrey Field Analyzer (HFA; Carl Zeiss Meditec) 24-2 Swedish Interactive Thresholding Algorithm (SITA) for test-retest reliability and mean deviation and pattern standard deviation indices.9,10 A screening study of 206 patients in Nepal found that MRF effectively identified moderate and advanced visual defects but was less reliable in detecting early loss.11

Peristat online perimetry is a free web-based VF program that tests 24° of horizontal field and 20° of vertical field on a 17-inch or larger computer monitor. The number of abnormal (missed) points using Peristat correlated well with those missed on HFA 24-2 SITA Standard VFs.12 However, if used as a one-time screening test, Peristat may miss up to 46% of mild glaucoma and at least 14% of moderate to severe glaucoma.12

The feasibility, efficacy, and reliability of these novel VF modalities require further study before they can be routinely used to diagnose and monitor glaucoma at home. In its current state, portable perimetry remains limited in its ability to identify early disease and monitor patients for progression and is likely best reserved as a screening tool.

Home-based glaucoma monitoring has the potential to increase patients’ involvement in their glaucoma care and to optimize adherence. Areas for future research include the development of at-home imaging of the angle and OCT of the retinal nerve fiber layer, as well as additional validation of portable VF testing programs. If proven to be economical, easy to use, and widely accepted by physicians and patients, such technologies may revolutionize the delivery of glaucoma care. 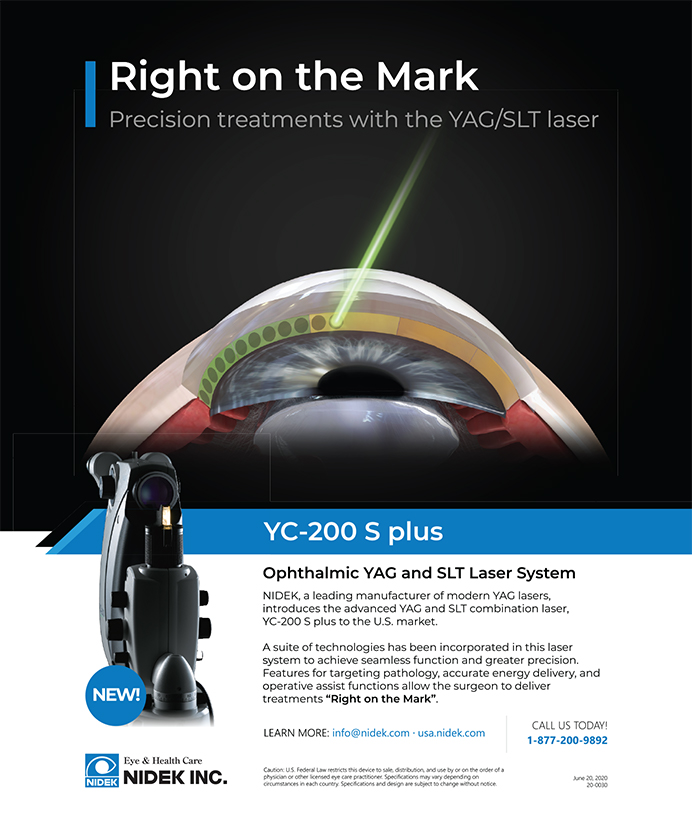 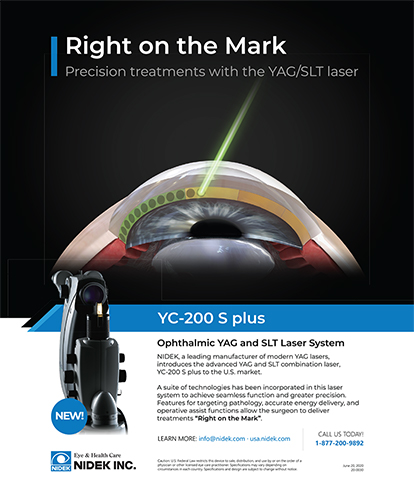 Screening and Identification of Patients With COVID-19