Options for minimizing severe IOP increases after phacoemulsification in patients with glaucoma.

The HORIZON study is a multicenter (both in the United States and abroad), prospective, randomized study that compares cataract surgery combined with implantation of the Hydrus Microstent (Ivantis) to cataract surgery alone in eyes with mild to moderate primary open-angle glaucoma (POAG). In the HORIZON study, the group that received the Hydrus Microstent experienced a greater reduction in IOP and number of medications at 24 months.2 In this subanalysis of the HORIZON study, the investigators focused on early postoperative IOP.

A subanalysis of the HORIZON study showed that stenting Schlemm canal significantly reduced the incidence (from 14.4% to 1.4%) of an IOP spike (> 40 mm Hg) 1 day after cataract surgery.

Patients with primary open-angle glaucoma may be at increased risk of experiencing an elevation in IOP after cataract surgery. Implanting a Hydrus Microstent (Ivantis) at the time of cataract surgery may be a minimally invasive way to reduce the risk in these patients, especially if they are intolerant of many IOP-lowering medications.

Study investigators randomly assigned 369 eyes to undergo cataract surgery and implantation of the Hydrus Microstent and 187 to undergo cataract surgery alone. Inclusion criteria were mild to moderate POAG (with a visual field mean deviation not worse than -12 dB), use of one to four topical glaucoma medications, a medicated IOP below 31 mm Hg, and a postwashout mean modified diurnal IOP of 22 to 34 mm Hg. Exclusion criteria included other types of glaucoma, previous cyclodestruction, incisional glaucoma surgery or argon laser trabeculoplasty (selective laser trabeculoplasty was allowed), and a high risk of glaucomatous progression with washout.

The two groups were similar in terms of baseline characteristics. Immediately after the completion of uncomplicated phacoemulsification, each eye was randomly assigned to receive a Hydrus Microstent or not. IOP-lowering medications were stopped at the time of washout and were reinstituted one at a time as needed during the postoperative period. Visits were scheduled for postoperative day 1, week 1, and month 1. The main outcome was an IOP higher than 40 mm Hg. Secondary outcomes were mean IOP and an IOP increase of at least 10 mm Hg from the postwashout baseline.

What was notable about the study?

Patients with glaucoma are at increased risk of experiencing IOP spikes after cataract surgery, and it is thought that severe IOP rises may be more harmful to patients who have already sustained glaucomatous damage to the optic nerve. Blunting IOP spikes in such patients is therefore important. Although this study was not without limitations, it showed a clinically significant reduction in the incidence of severe IOP spikes after cataract surgery in patients with glaucoma who also received a Hydrus Microstent. The prospective, randomized, and controlled nature of this study makes it a valuable contribution to physicians’ understanding of cataract and glaucoma management.

Should a Hydrus Microstent be used to prevent an early IOP spike after cataract surgery?

Although this research suggests that the Hydrus Microstent may have a role in cataract surgery on patients with POAG, it is important to keep the limitations of the study in mind. These include the narrow criteria for inclusion, which may limit broader applicability, and the study design, which withheld all IOP-lowering therapy prior to and immediately after surgery. Had patients continued using their preoperative medications and been given prophylaxis if needed, the incidence of IOP spikes after cataract surgery alone would likely have been lower than the 14% found in this study. Patients undergoing cataract surgery who are intolerant of multiple medications, however, may benefit from concurrent implantation of a Hydrus Microstent.

For this randomized trial, investigators compared the ability of three different topical ocular hypotensive agents to blunt an IOP elevation after cataract surgery in patients with glaucoma. Eligible patients were recruited consecutively; the inclusion criteria were cataract and POAG or pseudoexfoliation glaucoma with IOP controlled at 21 mm Hg or less on topical hypotensive agents. Patients who had other ocular pathology, small pupils, a history of ocular surgery or inflammation, or contraindications to the study medications were excluded. Any preoperative IOP-lowering drops were stopped the day before surgery. The 165 study patients were randomly assigned to receive a single drop of only one of the following agents immediately after phacoemulsification: travoprost 0.004%, timolol maleate 0.5%, or brinzolamide 1%. The two surgeons, the examiners, and the data analysts were unaware of group assignment until after all data were collected.

The results of this study suggest that brinzolamide may offer superior IOP control from 4 to 8 hours after cataract surgery in this patient population.

Phacoemulsification and implantation of a hydrophobic acrylic IOL were performed through a clear corneal incision. IOP was measured with a rebound tonometer 1 hour before surgery, immediately after surgery, and then again at 2, 4, 6, 8, and 24 hours after surgery; all readings were obtained while patients were supine. The surgeons made sure that the IOP was between 15 and 25 mm Hg at the conclusion of surgery.

A strength of this study is that it evaluated multiple IOP readings within the first 24 hours after surgery, a time period missed by studies that rely on IOP readings taken on postoperative day 1. The investigators suggest that brinzolamide might have been more effective than travoprost because the time to peak effect for the former drug is shorter (2 vs 12 hours), but this would not explain brinzolamide’s greater effectiveness compared with timolol (which also has a 2-hour time to peak effect).

A limitation of this study was that there was an incomplete washout, but the three randomized groups were similar in number and types of preoperative medications. 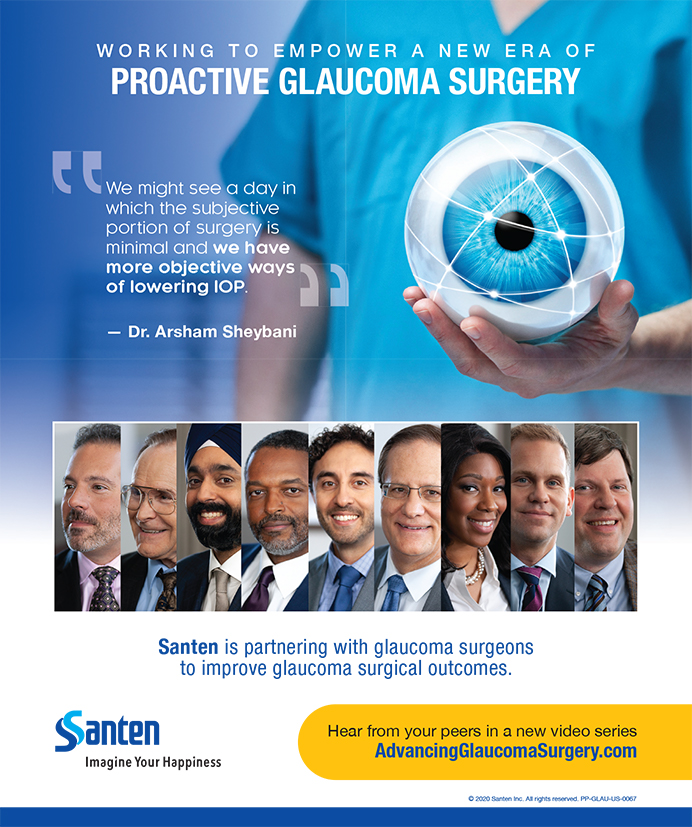 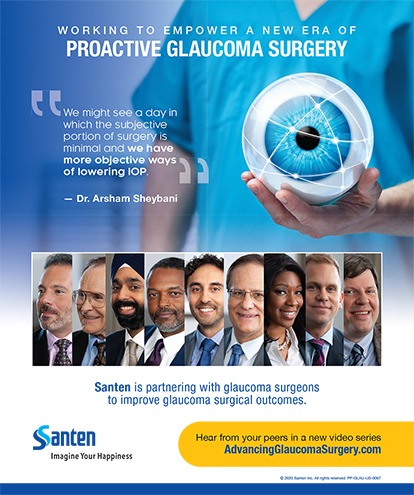 Practicing Through a Pandemic

Global Outreach in the Era of COVID-19