What’s the next step for this patient with a medication allergy and a history of laser trabeculoplasty?

In 2019, the patient’s IOP was 22 mm Hg OD and 27 mm Hg OS. OCT imaging and visual field (VF) measurements were stable. The extent of thinning of the retinal nerve fiber layer (RNFL) in the left eye was mild and unchanged from the year before, and the VF of each eye was full.

In March, the patient presented with an IOP of 32 mm Hg OD and 38 mm Hg OS. Because of the procedure’s previous efficacy, we decided to repeat SLT on each eye, starting with the left. A few weeks after undergoing SLT on the left eye, IOP was 55 mm Hg, and the patient reported ocular pain and blurred vision. No inflammation was evident, but 1+ to 2+ microcystic edema was present. Repeat testing found a full VF in each eye (Figure 1). OCT imaging showed progressive thinning of the RNFL in the left eye (Figure 2) and stability in the right eye. 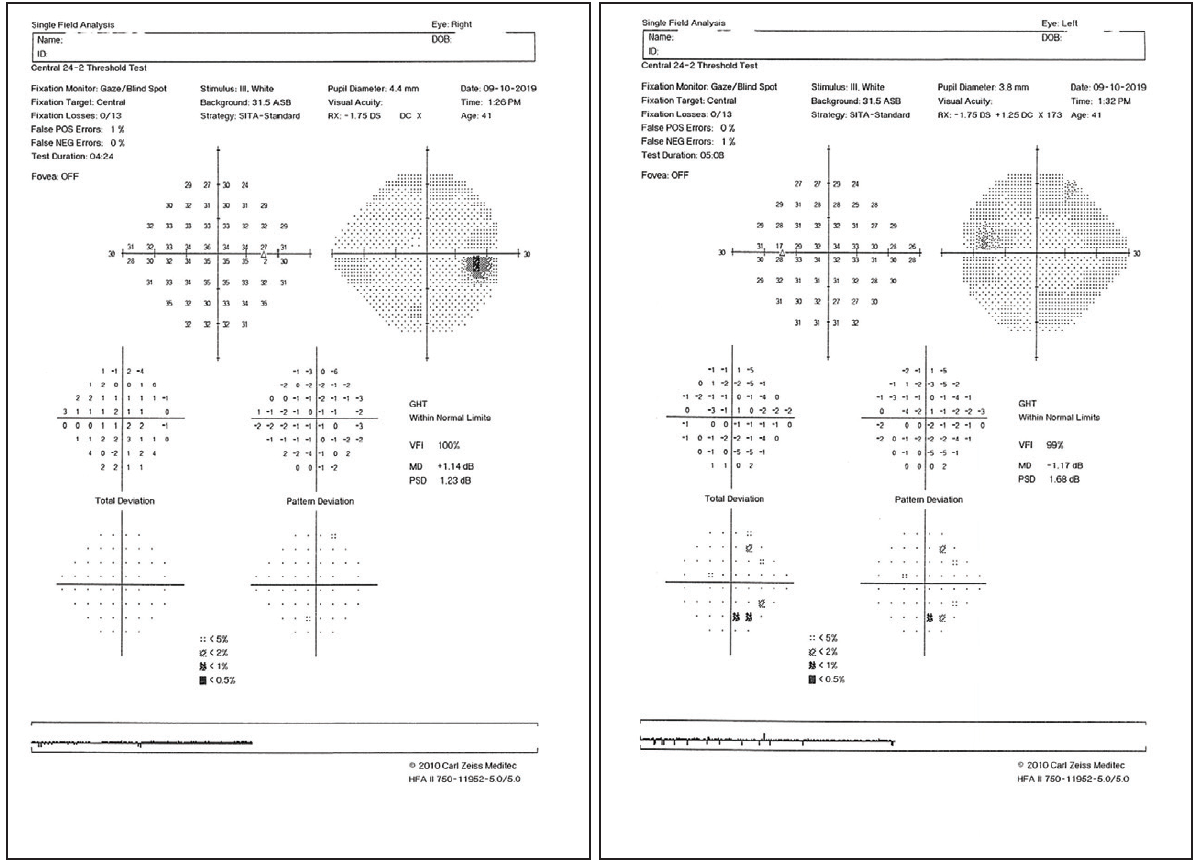 Figure 1. VFs are stable and essentially full in both eyes. 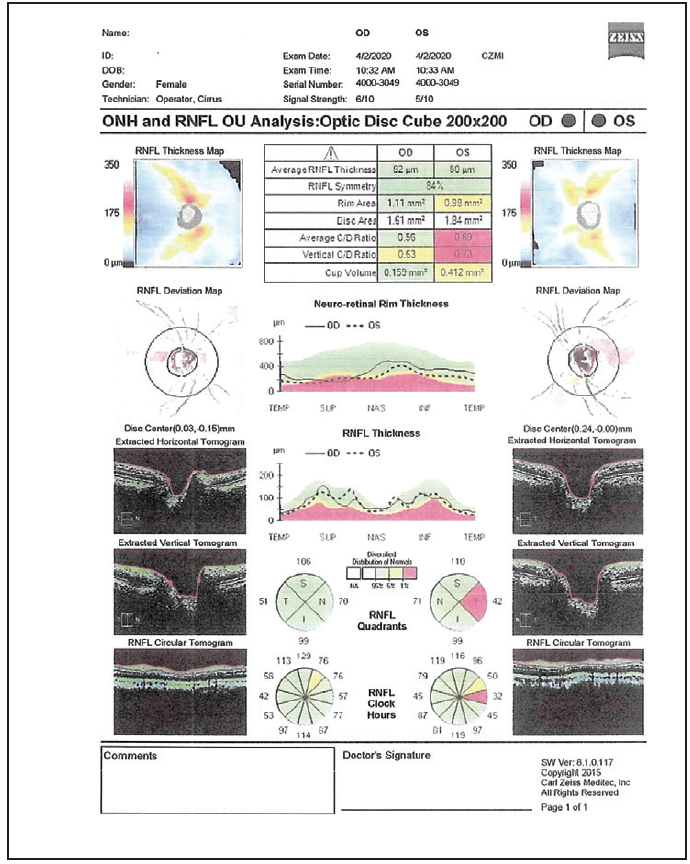 How would you proceed?

An IOP spike a few weeks after SLT could be a result of trabecular meshwork (TM) shutdown, scarring, trabeculitis, or even a steroid response. Taking a careful history will provide essential information on compliance and steroid use. I would address the acute IOP spike with oral acetazolamide and topical therapy, including netarsudil ophthalmic solution 0.02% (Rhopressa, Aerie Pharmaceuticals) and bimatoprost despite the reported intolerance.

Once the acute IOP spike resolved and the cornea was clear, I would reevaluate the angle. Specifically, I would look for peripheral anterior synechiae and pigmentation because eyes with heavily pigmented angles can experience marked IOP spikes after SLT that may require surgery to correct. Because this patient is myopic and young and her disease is mild but aggressive, I think a more permanent solution is required, but I would prefer to start with a bleb-free treatment. Her age makes it important to keep as many options open as possible so as to minimize the impact on her lifestyle.

With the TM compromised, one option would be to unroof and dilate Schlemm canal using the Omni Surgical System (Sight Sciences). The patient’s mild RNFL loss, full VFs, and central corneal thicknesses may allow her to tolerate the IOP achieved with this approach, which is likely to be higher than what a more invasive surgical procedure would achieve. If her glaucoma progresses, a more aggressive approach can be pursued.

This patient is currently on maximum medical therapy. Changing her drop regimen is unlikely to reduce the IOP to a safe range. If there are no contraindications, I would start the patient on twice-daily acetazolamide extended-release 500 mg and discuss surgical options with her.

She is an excellent candidate for MIGS. Ab interno canaloplasty (ABiC) using the iTrack microcatheter (Nova Eye Medical) would be my preference in this situation. With ABiC, I can titrate the amount of OVD used during the procedure with the total number of clicks (usually 30–60) from the injector. In cases similar to this one, in which the patient has a history of multiple laser procedures, I suspect that the TM has begun developing scar tissue, so I combine ABiC with a partial gonioscopy-assisted transluminal trabeculotomy. After the catheter has moved 360º through the TM, the catheter is used to perform a partial goniotomy through the superior angle for 90º to 180º. This gives the aqueous unobstructed access to the viscodilated collector channels. I spare the inferior angle to preserve anatomy for future medical intervention or surgery.

It is important to spend extra time educating surgical candidates about their possible future need for a more invasive procedure such as a trabeculectomy.

The severe IOP spike after SLT has resulted in progression of early preperimetric open-angle glaucoma in the left eye. Such a dramatic rise in IOP signals significantly increased TM resistance that is not amenable to—and is perhaps even triggered by—physiologic modification by laser energy. With 20/20 BCVA, this patient does not have a visually significant cataract and is not a candidate for a stent-based MIGS procedure such as the placement of an iStent Trabecular Micro-Bypass Stent (Glaukos) or a Hydrus Microstent (Ivantis). Her age and mild disease make traditional surgery such as trabeculectomy or the placement of a tube shunt less attractive options but also make it likely that she has a functioning collector system distal to the TM.

I would make a paracentesis to reduce the IOP quickly and start the patient on a low dose of oral acetazolamide as a temporizing measure before surgical intervention. Assuming that she is not on systemic anticoagulation therapy, I would perform a 360º trabeculotomy with the Omni Surgical System, iTrack catheter, or a rounded 5-0 nylon suture (Ethicon). The first two procedures also allow 360º viscodilation of Schlemm canal and the collector channels before disruption of the TM.

If removing trabecular resistance does not lower the IOP sufficiently, a Rho kinase inhibitor such as netarsudil could be tried because the removal of TM tissue might permit the episcleral venous pressure–lowering effect of the drug to manifest itself.

WHAT I DID: STEVEN R. SARKISIAN JR, MD

This patient clearly needed surgery. Because she is intolerant of many topical medications, I prescribed 500 mg of acetazolamide twice daily and scheduled her for urgent surgery. The first option I considered was 360º viscodilation combined with an ab interno goniotomy using the Omni Surgical System, but I feared that the procedure would fail because of the high IOP and the patient’s history of multiple argon laser trabeculoplasty and SLT procedures. I also wanted to minimize her postoperative need for medication.

Instead I implanted a Xen Gel Stent (Allergan) via an ab externo technique and applied mitomycin C (MMC) to the left eye. Postoperatively, IOP was controlled in the mid- to high teens with topical medical therapy, both netarsudil and a fixed combination of dorzolamide and timolol.

During the postoperative course for the left eye, the right eye developed corneal edema and an increase in IOP into the 40s. A cessation of steroid therapy in the left eye did not reduce the IOP in the right eye. I implanted a Xen Gel Stent and applied adjunctive MMC to the right eye, and the IOP has remained in the teens on a fixed combination of dorzolamide and timolol.

As often occurs in younger patients who undergo filtration surgery, one of this patient’s eyes (left) soon developed significant fibrosis around the implant, and a revision was required. In addition, she did not tolerate therapy with netarsudil. Given the rapid decline in aqueous flow through the implant, I decided to perform an open revision of the Xen Gel Stent with an aggressive tenonectomy and the application of more MMC. IOP control has been maintained in the left eye on a fixed combination of dorzolamide and timolol.

The patient has done well overall, but she still experiences ocular irritation and tearing related to the topical medication. If insurance coverage can be confirmed, we plan to switch her from these topical agents to a bimatoprost implant (Durysta, Allergan) in each eye. 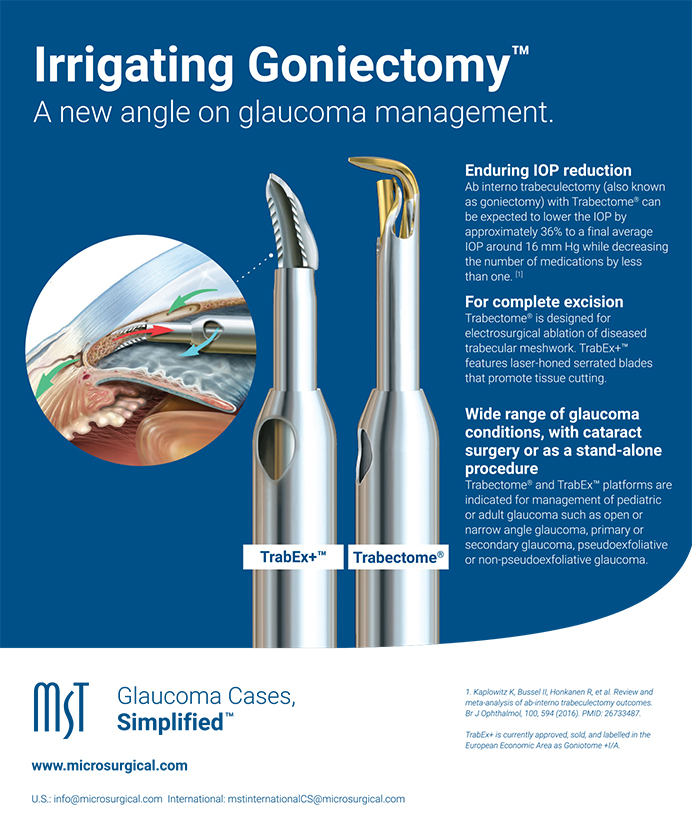 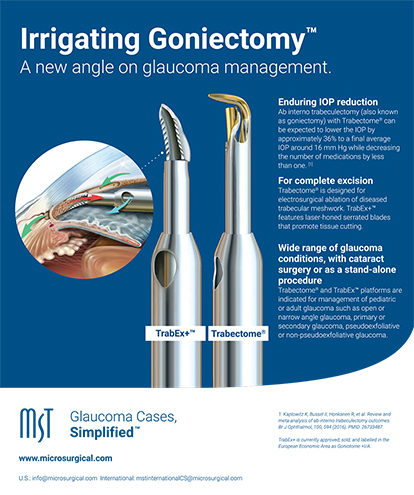 More Than the Eye Can See