A novel ultrasound imaging technique may aid in the diagnosis of glaucoma by comprehensively measuring deep retinal/choroidal and retrobulbar vascular layers at high resolution.

Glaucoma is a leading cause of vision loss and blindness worldwide,1 but the pathophysiology of glaucomatous optic neuropathy is still not fully understood. Currently, it is estimated that approximately 11 million people are bilaterally blind from this disease.2 Vision loss from glaucoma is irreversible, so early diagnosis is critical to prevent disease progression. Unfortunately, the disease is difficult to detect before noticeable alterations of the visual field occur.

Elevated IOP is recognized as the primary risk factor for the development of glaucoma, but only one-third to one-half of patients with the disease have elevated IOP at the time of diagnosis.3 Consequently, several non–IOP-dependent mechanisms have been proposed as contributing factors to the pathogenesis of glaucoma. These include the vascular theory, which holds that retinal ganglion cell loss is a consequence of insufficient blood supply.4 Studies using a variety of techniques have found glaucoma to be associated with changes in ocular blood flow,5,6 including but not limited to the central retinal artery, retrobulbar blood vessels, short posterior ciliary arteries, and the vasculature of the optic nerve head (ONH). Thus, vascular factors in the posterior pole of the eye may play an important role in glaucoma, especially the primary open-angle and normal-tension subtypes.

OCT angiography (OCT-A)7 and ultrasound color Doppler imaging8 have been used to noninvasively investigate the role of the ocular vasculature in glaucoma. Despite achieving quantitative measurements of vascular flow, both of these imaging modalities suffer from the trade-off between spatial resolution and penetration depth. More specifically, shallow penetration prevents OCT-A from imaging the deeper choroidal region, especially in eyes with high refractive errors or long axial lengths, as in myopia. In addition, OCT-A cannot image regions directly below any optically opaque areas, such as a retina with a prosthetic electrode array implant and the retrobulbar vasculature beyond the nontransparent sclera.

Ultrasound color Doppler imaging is typically associated with low sensitivity to blood signals and insufficient spatial resolution, reducing this technology’s capability of imaging small vessels of the posterior segment. The size of the microvascular structure deep in the posterior segment can be as small as a few microns.9 An imaging approach that could simultaneously image deep ocular vasculature while maintaining microscopic-scale resolution is therefore desirable to promote a better understanding of glaucoma.

An ultrasound technology called compounding plane-wave imaging was recently proposed for imaging the anatomy and blood flow of the choroid with improved sensitivity.10,11 However, the spatial resolution is inherently constrained by the fundamental limits of ultrasound diffraction. Inspired by the revolutionary technology of optical localization microscopy,12 pioneering researchers in the ultrasound field are developing an analogous approach—ultrasound localization microscopy—to break the diffraction limit using ultrasound contrast agents.13 The average diameter of ultrasound contrast agents, such as FDA-approved gas-filled microbubbles, is considerably smaller than the ultrasound wavelength (which defines the resolution limit). Localization and accumulation/tracking of these spatially isolated microbubbles may therefore be used to reconstruct both a vessel density map and a flow velocity map with higher resolution than conventional ultrasound imaging. This is defined as super-resolution ultrasound imaging.

Our group recently developed a deconvolution-based localization approach14 that takes into consideration various point-spread functions along the imaging-depth direction. Because the depth range of the posterior pole is relatively large at a few millimeters, we implemented various point-spread functions to compensate for ultrasound beam divergence along the depth direction in an attempt to achieve more accurate localization. We validated the feasibility of using this super-resolution ultrasound microvessel imaging technique to map the vasculature of the posterior pole in a rabbit eye in vivo with both micron-level resolution and deep penetration.

Figure 1 shows the appearance of the reconstructed super-resolution ultrasound microvessel image of the rabbit eye in vivo with two different scanning directions. Figures 1A through 1C show the scanning direction across the wing-shaped area centered on the ONH. The retina/choroid and sclera underneath are shown with B-mode imaging. After filtering the stationary tissues and background noise, an ultrafast plane wave–based power Doppler image offers information on the vasculature with a high sensitivity, revealing more vessel branches. We observed that the quantity and density of the vessels increased from the retina to the choroid.

Figure 1. The conventional B-mode images (A, D), power Doppler imaging with microbubbles (B, E), and reconstructed super-resolution microvessel imaging of the posterior pole of a rabbit eye (C, F). Images A through C were collected at one scan direction, and D through F were collected at another orthogonal direction. The white dashed line points to a zoomed-in view of the choroidal vessel. Reprinted with permission from Qian et al.14

The ONH region has dense vasculature. However, the resolution of power Doppler imaging is still insufficient for viewing the fine-scale retinal and choroid vessels, and it is difficult to identify vessel locations accurately in this mode. With the reconstructed super-resolution imaging, the choroidal vessels, as the branches of the ciliary artery, are visible in fine scale. Super-resolution imaging allows the viewer to zoom in on the subbranch vessels in the choroid (Figure 1C). The ONH region is the convergence region of the ophthalmic artery, including a short posterior ciliary artery and a long anterior ciliary artery. Thus, the vessel distribution in conjunction with the ONH has a relatively larger diameter, consistent with the ocular structure. 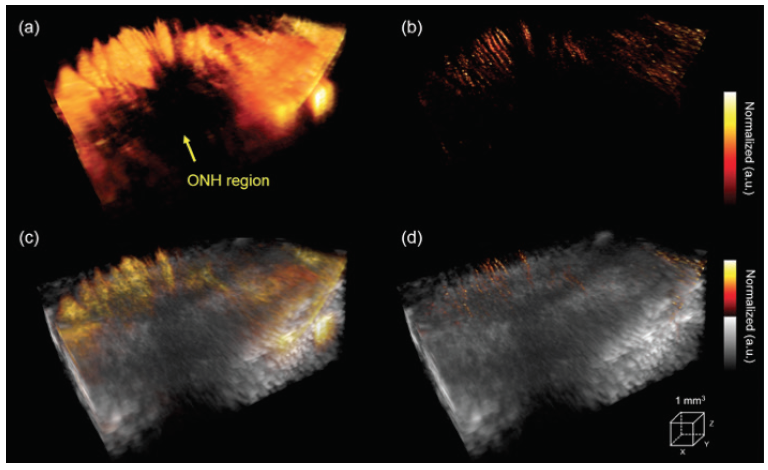 Figure 2. 3D volume imaging of the posterior pole of a rabbit eye close to the ONH shows power Doppler imaging with microbubbles (A) and super-resolution microvessel imaging (B). The corresponding vessel distribution images are superimposed on the B-mode images (C, D). Reprinted with permission from Qian et al.14

Our study is the first to map the vasculature of the posterior segment with high resolution, especially for deep choroidal and retrobulbar vascular networks that have been difficult to observe with other imaging techniques. The value of ocular blood flow and its influence on glaucoma must be further validated. We believe that this efficient approach could lead to a routinely performed diagnostic procedure in the field of ophthalmology. 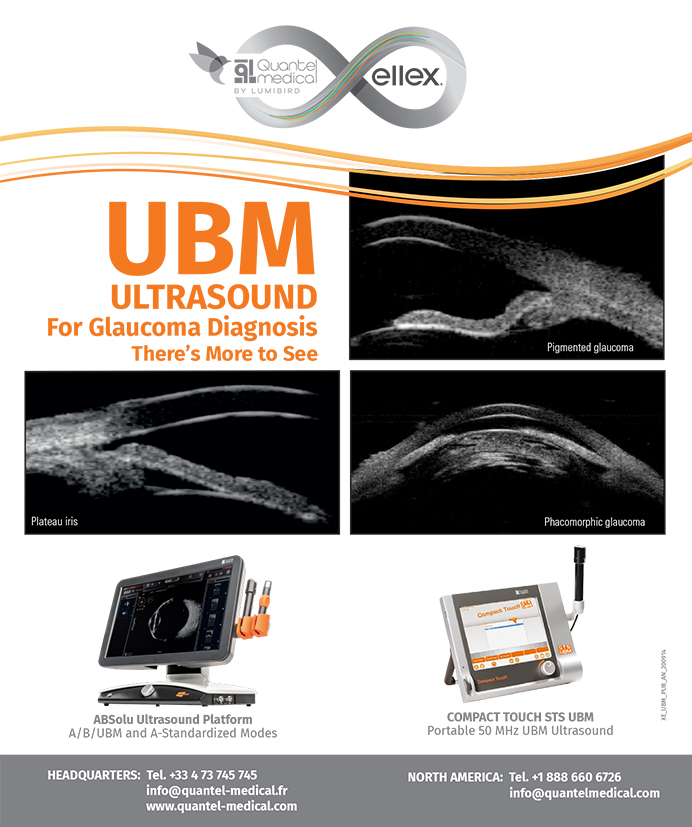 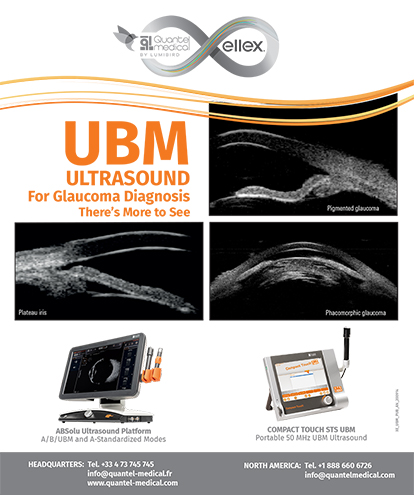 Seeing the Beauty of People Through Adversity