Highlights of the 2020 AGS Annual Meeting

Results from clinical trials and research studies presented at the 30th annual meeting of the American Glaucoma Society in Washington, DC.

UPDATE ON A GLAUCOMA OUTFLOW PROCEDURE

The Preserflo MicroShunt (Santen, not available in the United States) is a subconjunctival glaucoma implant. The device features a polystyrene tube that is 8.5 mm long; it has an outer diameter of 350 µm and a lumen diameter of 70 µm (Figure).

Douglas Baker, MD, presented 1-year data from a 2-year, randomized multicenter study assessing the safety and efficacy of surgery with the Preserflo compared to trabeculectomy.1 The study enrolled patients with primary open-angle glaucoma and uncontrolled IOP. The primary outcome measure was IOP reduction. 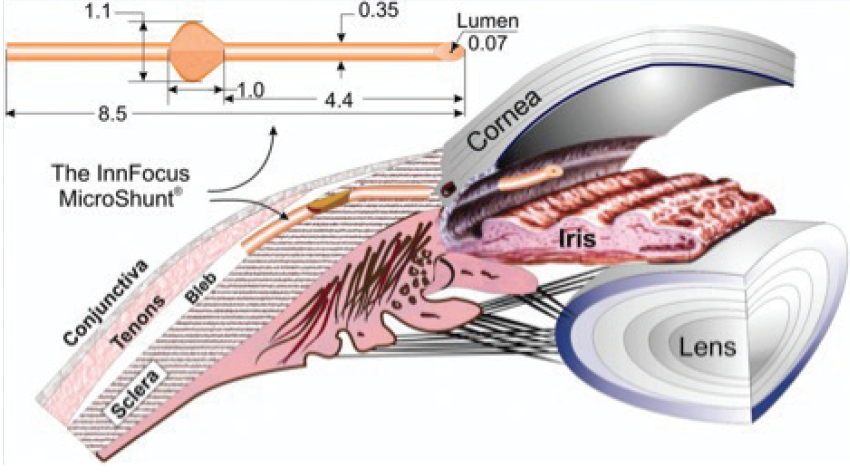 The investigators randomly assigned 395 eyes to receive the device and 132 to undergo trabeculectomy. Surgery was performed with intraoperative mitomycin C 0.2 mg/mL applied with sponges for 2 minutes. The study groups were highly similar; the mean age was 67 years, 58% of patients were phakic, mean diurnal IOP was 21 ±5 mm Hg on an average of 3 ±1 medications, and the visual field mean deviation was 12 ±7 dB.

Complication rates were typical for these types of surgery. Persistent hypotony (IOP ≤ 6 mm Hg at two consecutive visits) occurred in 3% of device eyes and 10% of trabeculectomy eyes; bleb leaks occurred in 9% and 15%, respectively; and choroidal effusions occurred in 5% and 8%, respectively. Endothelial cell loss was low in both groups at 5% and 7%, respectively.

ADHERENCE TO TREATMENT AND GLAUCOMATOUS PROGRESSION

One of many lessons learned from the Collaborative Initial Glaucoma Treatment Study (CIGTS) is that patients’ nonadherence to prescribed medical therapy is associated with glaucomatous vision loss. This aspect of the CIGTS, presented at the AGS meeting and recently published,2 comes from an analysis of 307 patients treated with medication and observed for 7.3 ±2.3 years.

Taking a different approach to this question, Donald Fong, MD, and his colleagues at Kaiser Permanente Southern California examined their database of more than 65,000 patients newly diagnosed with open-angle glaucoma over a 10-year period.3 Of these patients, 6,343 met the study criteria, including at least three reliable visual fields.

Pharmacy records were used to determine medication adherence, reported in categories of low, moderate, and high. The average age of patients in the study was 66 ±11 years; 41% were of white, non-Hispanic ethnicity. Baseline disease severity was mild in 17% (mean deviation ≥ -2 dB), moderate in 33% (mean deviation -2 to -6 dB), severe in 16% (mean deviation -6 to -12 dB), and very severe in 9% (mean deviation > -12 dB). Treated patients were observed for an average of 6 ±3 years.

Greater baseline disease severity was associated with better medication adherence. There was a slower rate of glaucomatous progression, however, among patients who demonstrated better adherence over the course of the study (P = .006)

Investigators randomly assigned patients to treatment with the bimatoprost SR implant or topical timolol 0.5%. Two concentrations of bimatoprost SR were evaluated, 10 µg and 15 µg. Patients in the bimatoprost group received implants every 4 months over the course of 1 year (at baseline, week 16, and week 32). Those in the timolol group administered the drug twice daily. The primary endpoint of the studies was noninferiority to timolol during the 12 weeks after placement of the first implant.

All patients were observed for 52 weeks, with a safety extension to 20 months. From a baseline IOP of 24 mm Hg, during the first 12 weeks, mean diurnal IOP was 16 to 17 mm Hg in eyes that received the implant, which was lower than the mean diurnal IOP in eyes treated with timolol. More than 40% of patients in each group achieved a 30% or greater reduction in IOP at week 12. Endothelial cell loss was 6% at 1 year.

An unexpected finding of the studies was that 80% of the patients observed for 1 year maintained IOP control after the injection of three implants. This effect seemed to be independent of the number of pretreatment medications. Of 68 patients who were using two or more topical drops at screening, 82% maintained IOP control at 1 year with the implant alone.

Dr. Medeiros presented new visual field data from the trials. Testing was performed at baseline, weeks 28 and 52, and study exit. Baseline mean deviation was -2.2 to -2.6 dB. No change was observed after 1 year among patients who received the 10-µg implant. In the timolol group, average mean deviation declined by a statistically significant 0.8 dB. Although the study period was short for detecting glaucomatous progression, this rate of decline is consistent with that previously reported in treated patients.5

MIGS combined with cataract surgery has been shown to reduce IOP and medication use. The ultimate goal is preserving vision. A secondary goal for physicians and patients is avoiding additional incisional surgery. Douglas Rhee, MD, presented 4-year outcomes in patients who underwent cataract surgery alone versus in combination with implantation of a Hydrus Microstent (Ivantis).

Five hundred fifty-six patients were randomly assigned to undergo either cataract surgery alone (CS) or in combination with the placement of a Hydrus Microstent (HS). Both groups were similar at screening; the mean number of medications was 1.7 ±0.9, washout diurnal IOP was 25 to 26 mm Hg, and visual field mean deviation was -3.6 dB. 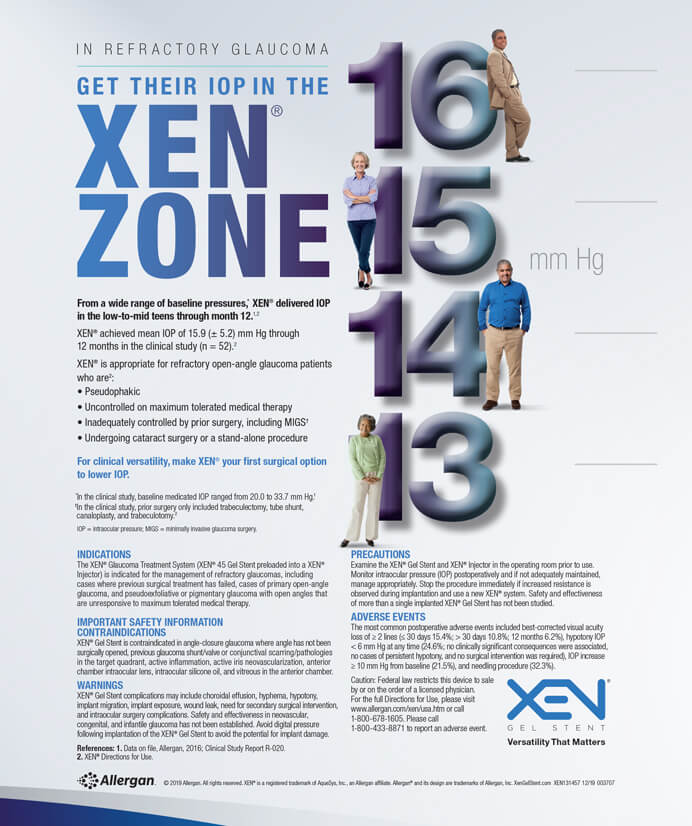 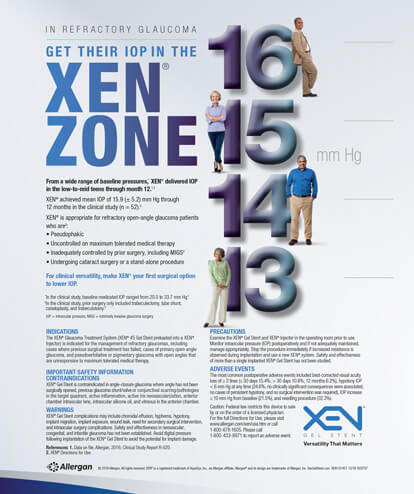 Eye Care in the Era of COVID-19

The Role of Telemedicine in Population-Based Glaucoma Vision Screening